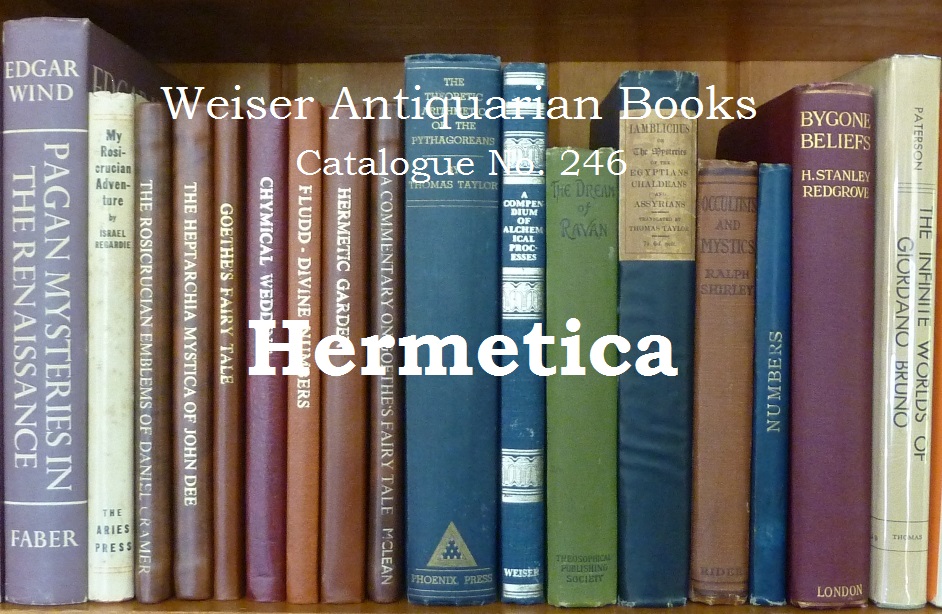 Boston, MA: Aleta B. Baker, 1928. First Edition. Hardcover. Large octavo, x + 116pp. Original dark navy cloth, gilt title, etc. to spine and upper board, b&w illustration. The author, Aleta B. Baker, was "First Master" and founder of the "The Order of the Portal," a small occult group that flourished in Boston in the late 1920s and early 1930s before moving to New York and then disappearing into obscurity. The group's literature suggests that it promoted itself as a "scientific religion" that practiced a synthesis of the teachings of Mme. Blavatsky (Theosophy), Mary Baker Eddy (Christian Science), and Spiritualism, as well as some of its own unusual teachings about the relations of the sexes. Aleta B. Baker published a number of books under the imprint of the group, namely "The Soul's First Student," "The Luminous Doctrine of the Spiritual Heart," "She: The Woman Man," "Man - and his Counterpart - Woman," "Corpus Christi," and "The Biune Corpus Christi." "The Causal Essence Personified," is the first book that she published and deals largely with the subject of symbolism. It also served as an introduction to "The Order of the Portal" with the statement on a prefaratory page "If you believe in God, the Divine Creative Force; if you desire to acquire greater power to be of more help in carrying out the Divine Plan, rather than from purely selfish purposes; if you are calm, earnest, sincere and persistent the Order of the Portal will welcome you within its crypts. Before you will be laid a tremendously enthralling course of studies, lectures and practical experiments which if faithfully assimilated will make this Knowledge a vital part of your very self." Cover lightly rubbed and darkened overall, spine ends and corners are a bit bruised and chafed, gilt lettering a bit dulled, endpapers browned at margins, page edges and pages browned, text unmarked. Overall a tight, clean VG copy (no dust jacket). Very scarce. Item #64997

Add to Cart Ask a Question
See all items by Aleta B. BAKER