Many customers will remember the shop in New York City, which was first founded in 1926 by Samuel Weiser on 4th Avenue as a used bookstore. It wasn't long before Weiser developed into one of the world's top three antiquarian specialists in Esoteric books. The store moved within the City many times, and in 1956 Samuel Weiser Publishing was founded, and began producing new and reprint Esoteric titles. In 1985, Weiser Antiquarian Books also opened in York, Maine, where the Samuel Weiser Publishing, and the Samuel Weiser new book distributor were already operating. Sadly, for our many local customers, the New York store was closed for good in the early 1990s, and its stock of books moved to the new location in Maine. In the years that followed we have slowly evolved from being a "bricks and mortar" and mail-order store to establish our position as one of the leading on-line sellers of used and rare books on all occult and mystical paths and traditions.  Our on-line listings of approximately 10,000 books are regularly refreshed from our back-stock of over 35,000 books and constantly arriving new stock.  Of course we also buy books, from single volumes to libraries, locally and internationally.

Please note that as we are now primarily an internet and mail-order business, we do not keep an "open shop" as such.  Established customers are welcome by appointment  - if you would like to visit us please contact us beforehand to arrange a mutually agreeable time.  By preference we do not open in the evenings or on weekends.  We are located in Cape Neddick, Maine, just an over an hour north of Boston, or an hour south of Portland, Maine. 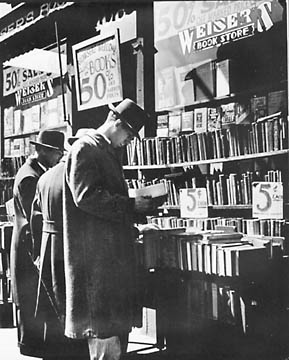